Aykeem enrolled in Stewart Creek High School at 17 years old and on the verge of dropping out of high school.  At his previous school Aykeem had a history of cutting class and roaming the hallways. He would routinely request to be placed in In-School Suspension because he did not like going to class.

By the time Aykeem learned about Stewart Creek High School he was more than two years behind his expected grade level. The idea of small classrooms and the ability to work at his own pace felt like a perfect fit for him; and it was! He took advantage of double session attendance and in less than a year Aykeem completed all of his graduation requirements and improved his GPA by 100%.

Aykeem is taking his diploma and using it as a stepping stone for future success in music.  As a talented musician, he began to produce music while also developing his skills through study at Central Piedmont Community College. 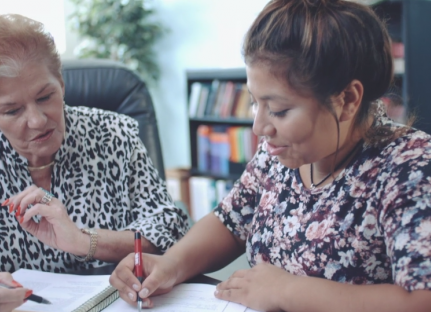 Jasmin wanted the best for her children, and she knew that she needed a high school diploma to provide the life they deserved. Enter Finish School.